The task of the project was to develop a method to estimate the coordinates from which an image was taken. The dataset for this task was published by the COMP90086 teaching team and consisted of a collection of images taken in and around an art museum (the Getty Center in Los Angeles, U.S.A.).

The training dataset contained a total of 7500 images labeled with their corresponding (x,y) coordinates. The test dataset for which the coordinates should be predicted contained 1200 images.

The pre-trained SuperGlue model consisting of approx. 12M parameters has been implemented in PyTorch and available on GitHub. It can be amalgamated with any local feature detector and descriptor techniques such as SIFT and SuperPoint to extract sparse keypoints and perform matching. In our experiments, SuperGlue was able to estimate almost all correct matches while rejecting the majority of outliers. 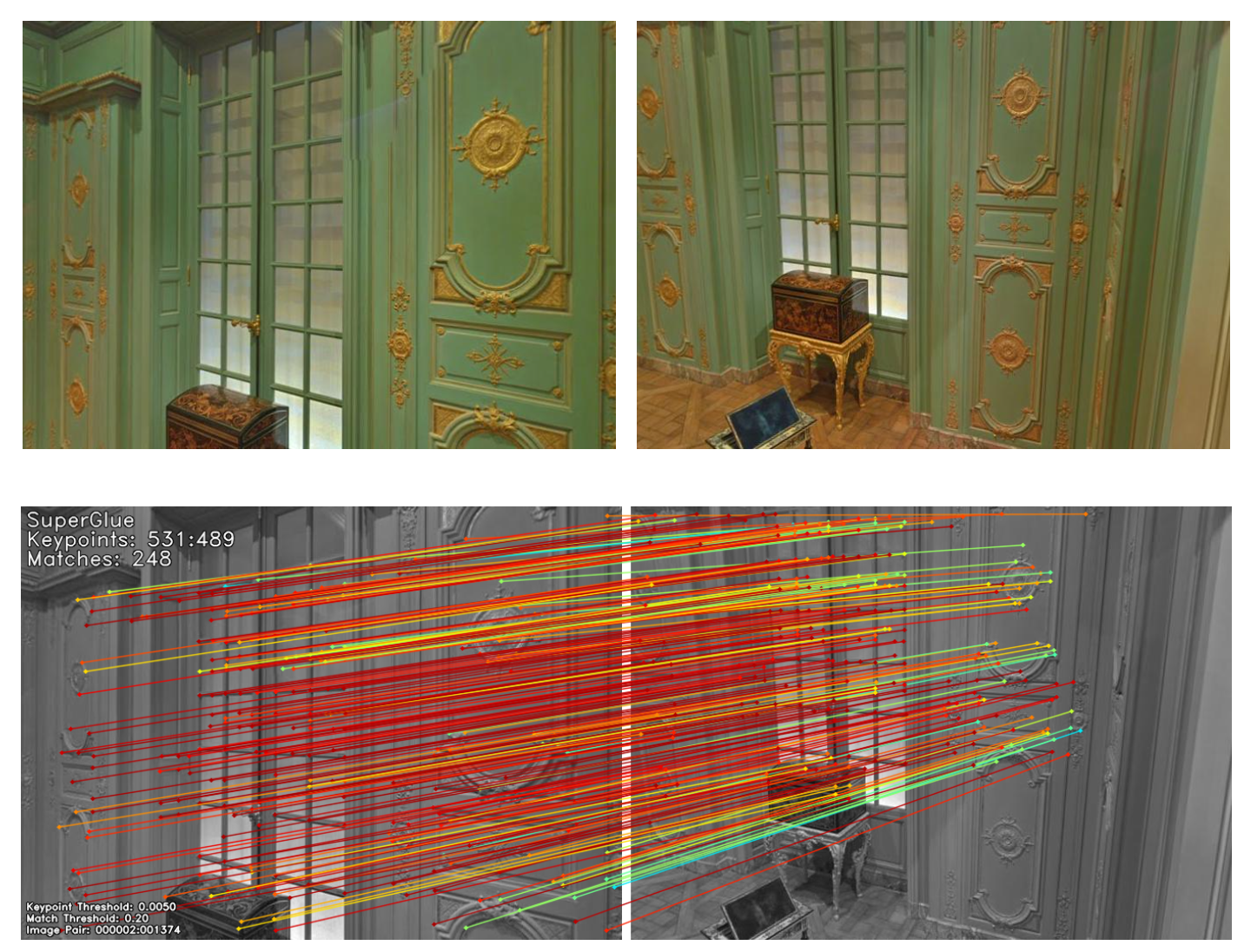 A detailed write-up of the implementation details as well as other experiments that we performed (e.g. using SIFT or an Autoencoder architecture to match images based on their similarity) is available here, and if you are interested in further details, please refer to the following repository: COMP90086-Fine-grained-localisation.

Analysis of Swiss Dataset in R

In this blog post I would like to provide an anylsis of the Swiss dataset which can be accessed in R. The exercises below are part of the course MAST90139: Statistical Modelling for Data Science at the University of Melbourne.